At a message board mentioning one of many “commoners” tossed to the wolves;

“Army Ranger 1st Lieutenant Michael Behenna was sentenced to 25 years in prison for killing Ali Mansur, a known Al Qaeda operative while serving in Iraq. Mansur was known to be a member of an Al Qaeda cell operating in the lieutenant’s area of operation and Army intelligence believed he organized an attack on Lt. Behenna’s platoon in April 2008 which killed two U.S. soldiers and injured two more. Army intelligence ordered the release of Mansur and Lt. Behenna was ordered to return the terrorist to his home.”

I was reminded of an earlier incident where the US Navy was more-than-willing to spit upon one of us “mere commoners.” (not the message board about Behenna).

The comment I made at the message board whose name/URL I forget was done yesterday (Thursday, March 17,2011).

Over the years I have visited the USS Iowa turret explosion Wikipedia Web site numerous times to reinforce my memory or to ensure the “correctness” of info I was conveying elsewhere.

Never in the past did I see the message below. Nor have I seen it when the Wikipedia page I was attempting to access was not one I had mentioned recently. In other words, the following message is one I have NEVER seen on any Wikipedia page!!!

So… is it POSSIBLE that a Coot Action ™ led to this message;

“Sorry, the servers are overloaded at the moment.

Too many users are trying to view this page. Please wait a while before you try to access this page again.”

No way to determine the veracity of my “possibility thought” but it IS entertaining to me to ponder the possibility my message board post with an included URL to the USS Iowa Wiki page led to a horde of visitors.

Remember, ye assembled multitude, a donation to assist the Japanese people, even if a small amount, will assist a proud, strong people, culture, society who are not of the so-frequent folks demanding with paws outstretched that others get to work and perform the “dirty work.”

The Japanese roll up their sleeves and labor and sweat.

Oh yeah… every crowd has its lazy worthless bunch but those folks are at a minimum within Japan.

News reports are that giving is less than expected but considering our current not-so-great economy within the USA and with so MUCH of the USA’s wealth having been purposefully transferred to a few greedy paws atop the socio-economic pyramid that is not unexpected. 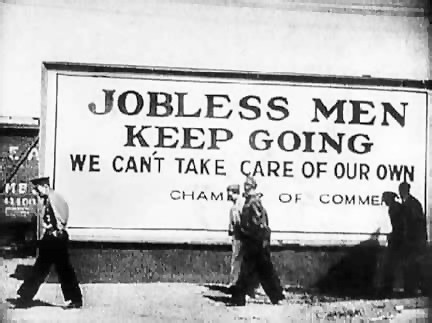 IF possible… I suggest the Salvation Army for various reasons you can delve into yourself.

Note: I double-checked that the Salvation Army link above actually DID lead to the REAL SA site.

I urge you to double check AND to do so also at ANY WEB SITE where you intend to transfer information, money, etc.  Never assume an URL leads to a REAL, proper legitimate Web site. There are various methods scum scammers can use to lead you or redirect you to a Web site where your information or money can be STOLEN!!!!!!!

I suggest a Web search, if needed, to learn about the methods that can be used against you

It is recommended to the best of your ability to research and attempt to assure yourself that whatever charity used is legitimate and attempts to maximize the amount of your generous contribution is actually sent to the folks that can put the funds to good use.