Destroyer escorts are small ships. When liberty call sounded I was thrilled to escape the claustrophobic surroundings. 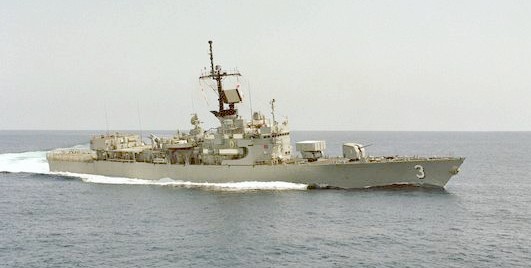 One of my favorite spots for getting away from the routine of the haze grey was Torrey Pines state park north of San Diego. Crowded during the summer tourist season, after Labor Day the crowds depart and I often had the place to myself. Backing up my pick-up so the rear faced the ocean, I’d crawl into the camper shell and relax in my bachelor pad. The stereo played as I lazed upon the mattress, toking some primo ‘lumbo’ as I watched the sun set.

One October eve as I reveled in nature and the golden buds I noticed something floating offshore. Afar, bobbing in the sea was a black object.

Pondering what it was I fantasized that, perhaps, it was a bale of pot tossed overboard by smugglers eluding the Coast Guard.

Steadily the waves and current brought the object closer… closer… then, it began elevating itself from the water’s surface. Huh???!!!!  Eeeeek!!!  Godzilla!!!

Then I realized it was human…. someone in a full-body wetsuit. No oxygen tanks, just the wetsuit, face mask, and tube snorkel.

I watched as he removed his fins and face mask. Very strange!!! I had been there for at least two hours and had seen no other vehicles in the area nor boats upon the water.

The swimmer peered down the beach. First to the north then the south. Then noticing me he shouted, “Which way to Coronado?”

Now I knew who the chap was. Pointing to the south I bellowed back, “That way. About 10 miles or so. You’ll have to swim the bay to get there.” “Thanks,” he replied as he began running down the beach.

The US Navy SEALs undergo basic and advanced training on the Naval Amphibious Base Coronado. One of the evolutions SEALs undergo towards the end of their 6-month-long boot camp is a long-distance endurance swim.

Taken 15 miles or so out to sea they are tossed overboard and are told to report in back at the base. A certain percentage is never heard from again. Those either skilled or lucky land at or close to their base. Those that do make it ashore but many miles away from base, such as the SEAL I saw wade ashore, have to finalize their arduous swim with a mad dash to the base to meet the deadline.

As I saw the guy running down the beach I took a hit off my doobie and enjoyed the sunset, glad that I had turned down the offer to volunteer for the SEALs back in our “regular” boot camp that was a mere 3 months long and not requiring a “swim for life.”

I wonder if he made it in time. At the least you’d have to give him an “A” for effort!!!