A tale of heroism, courage and self-sacrifice.

Within the story is told of the 1950s era aircraft crashing upon landing and the stewardess performing the task of assisting as many passengers as possible with escaping the flaming wreck.

Witnesses told of the last view before the flames and smoke hid her final fate while attempting to emerge with a baby in her arms.

Her story deserves being retold and remembered. Please share with others.

Mary Frances “Frankie” Housley (October 12, 1926 – January 14, 1951) was the lone stewardess on National Airlines Flight 83, which crashed after landing at Philadelphia International Airport in January, 1951. She led 10 passengers to safety, then returned to the burning cabin to save an infant. She died in the attempt and was later found holding the four-month-old baby in her arms.

At 2:13pm, January 14, 1951, National’s Flight 83, a DC-4, landed in Philadelphia from Newark, New Jersey, enroute to Norfolk, Virginia. It skidded off the icy runway, through a fence, and into a ditch. The left wing broke off, rupturing the gasoline tanks, and the plane caught fire. Housley opened the emergency door and saw the ground eight feet below. Returning to the cabin, she helped passengers release their seat belts, guided them to the door and gave a gentle shove to those who were hesitant to jump. After saving 10 passengers, she returned to the cabin to try to rescue a baby. After the fire was extinguished, the bodies of five women and two infants were found. One of the women was Frankie Housley with a four-month old infant in her arms.

Mary Frances and her parents are buried in Lynnhurst Cemetery, Knoxville, Tennessee 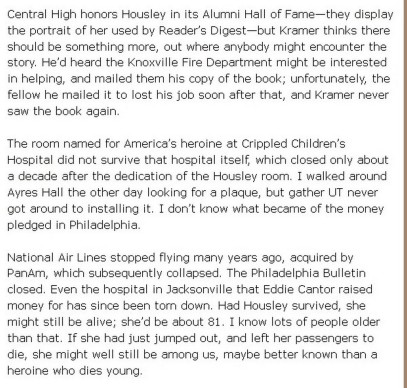 Little-known Knoxville hero gets bridge named in her honor

Visit the linked-to newspaper Web site for the entire story. Remembering Frankie by naming that bridge for her is a fine deed that will help us to remember her bravery and sacrifice and hopefully introduce her story to those who haven’t heard of her yet.

Since Web sites and stories within the site come and go I borrowed the next two pics to hopefully keep them “alive” upon the Web. 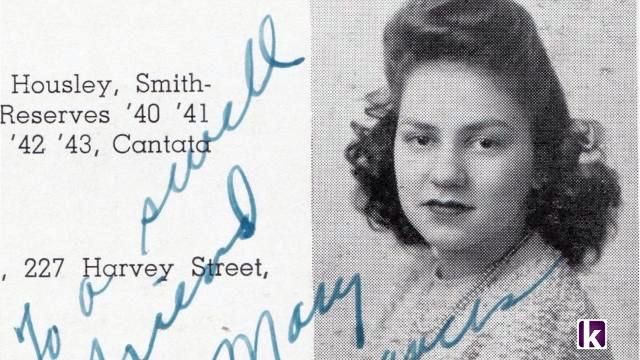 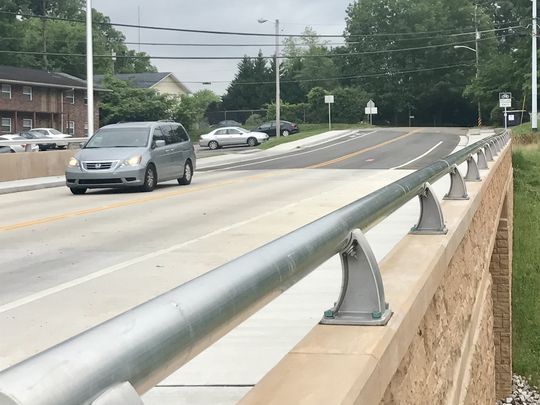 There are more pictures at the Newspaper Web site so get on over there. Thank you to knox.news for publishing the news story and sharing it on the Web for all to see. 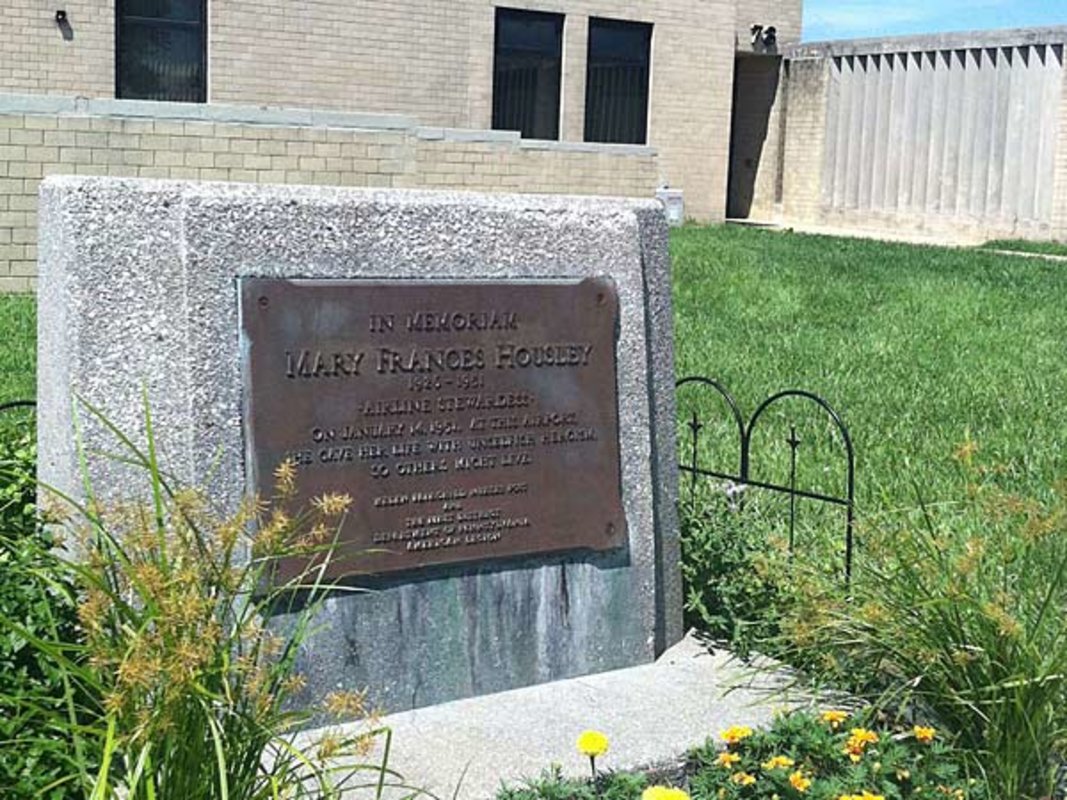 New information provided by visitor who left this link in their comment below. Thanks!!!

(from the linked-to site)

Mary Frances Housley graduated from Central in 1944 before going to work as a flight attendant for National Airlines.

After seven years on the job, a plane she was serving on, crashed while landing and caught on fire.

Housley helped 10 passengers escape from the burning plane, and died trying to save another.” 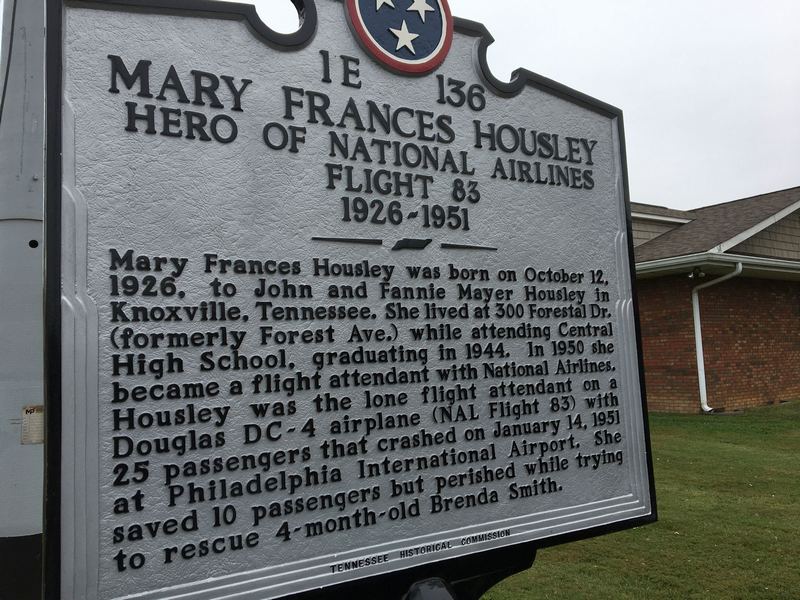 Please follow the link above for the entire article. I placed a portion here for archival purposes. As noted with past links that died out leading to nowhere I am always concerned with linked-to information disappearing for various reasons. By keeping a portion of linked-to information and pictures here we help to keep alive the memory of a true hero to America, women, youth and people in general.

Greater love hath no person than this, that they lay down their life for friends

Or, in Mary’s case, an even greater love than to sacrifice for what may have been strangers.