All Thou Can Eateth

Here atop the hovel-covered heights of the Ozark Plateau I, the Disgruntled One, is amazed at the consistent low-quality and HIGH prices of veggies within local grocery retailers.

Arduously endeavoring to cut living costs I do require at least a modicum of non-critter edibles to provide my limp, flaccid, drooping, sapped, soft, weak and generally ragged in texture and appearance Coot Body with veggies.

Yet, the news about inflation is not good. And with fuel prices rising surely the veggie supply will only experience cost increases.

Does the dumpster await the increasingly elderly Coot Unit?

Hoping to avoid that assuredly future fate I utilized Web Power and sought alternate sources of vital veggies at a price that would not sap Coot Funds excessively.

Also sought coupons for various vegetable sources to perhaps save a few cents.

Hmmmmmmm.  Interesting.  Here? No. There? No.

Oh my… look at this.

Coot replies in his softest most welcoming voice akin to an enraged bulldog whose private parts have been trampled upon by the division of World War Two Russian infantry passing by asking about Ci Cis Pizza offerings.

Rather than repeat verbatim her helpful responses I will maintain my well-earned reputation for laziness by copying and pasting from Ci Ci’s Web site that which agrees with the lasses’ replies.

“Our dough is made from scratch everyday, our sauce is a blend of vine-ripened tomatoes and spices, our signature salads are hand tossed with the freshest ingredients and our desserts are simply delicious.”

Well, the friendly female reply provider omitted some of the “buzz words” such as “signature,” “freshest,” “simply” and “endless” but this IS Hillbilly Heaven and I doubt if more than one in 10,000 locals are aware that those words even exist!!!

The price for the all-you-can-shove-into-that-big-hole-in-your-face buffet is a mere $2.99.

Hearing that I nearly swooned, pert-near melting with ecstasy. That price is relatively cheap compared to what would be paid for grocery store-bought veggies hereabouts.

For a couple bucks more the pizza/pasta all-you-can-consume section is included.

Well, heck, by golly gosh; that sealed the proverbial deal. Some warm stick-to-the-ribs vittles and veggies for $4.99?

Even after factoring in tax that is for me a cost-effective method of “vegging out” and an opportunity to roam outside the shanty.

Plus, the place is close enough to the shanty so that a few mere pennies will provide propulsion to reach the vittles location. 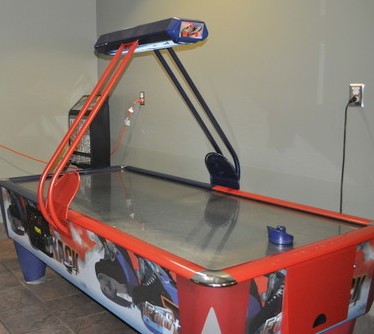 How incredibly thoughtful!!! In case you stuff so much into your digestive system here’s a spot to crawl upon and sleep off the after-effects akin to the prodigious piles of grub scarfed down.

How can one “go wrong” at a place providing perching facilities while ye consume your vast quantities?

A basic logo conveying all the needed information to notify passers-by of the delights within.

Or is this the correct one?

It is SO confusing.  I should have studied harder at Star Fleet Academy.