Lurking within the arid hostile-to-human-life Valley of Death sweltering under a relentless sun in south-eastern California, USA we can safely explore the place where Scotty had his castle and Charles Manson and his cult camped for awhile in an abandoned cabin near a small spring where law enforcement captured him and his followers.

Technology allows us to explore in a way once reserved to the birds flying overhead. Sipping on coffee and sheltered from the winter cold by the natural-gas furnace that just ignited to spew forth warm air I stumbled across an old news story about missing German tourists exploring Death Valley and dying there. Their bones were found 13-years later. Curiosity compelled a visit via Google maps. Using the map and the satellite view I surveyed the terrain where the four tourists met their doom. Dying of thirst or heat exhaustion or a combination of both is surely a lingering unpleasant death especially when you are an adult and your ignorance/stupidity/whatever is responsible for the deaths of the children with you.

Soaring over that rugged land I saw an anomaly that had me scroll downward enlarging the view. Lo… what is that long straight line that is not a road? What are those straight lines branching off from the main line? Take a look:

A landing strip for aircraft? A thinner taxiway paralleling the main strip? Parking spots or revetments reached by short taxiways connecting to the main strip? Time to zoom in and see if anything is revealed. 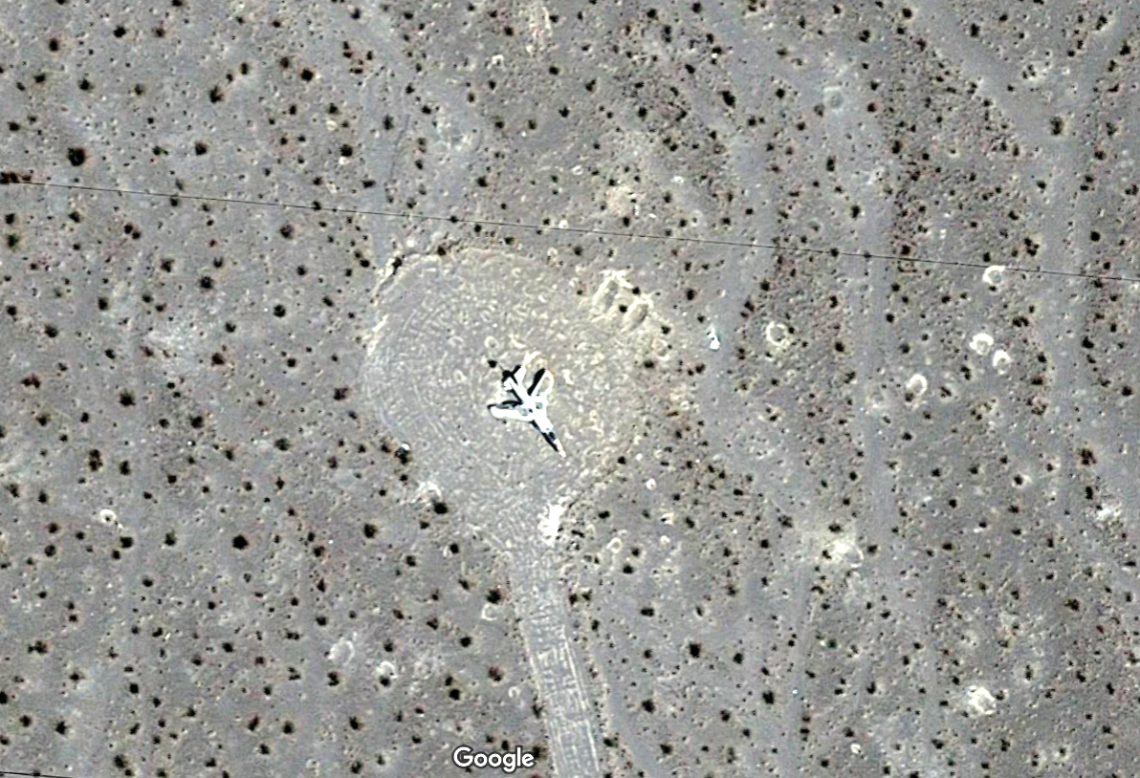 That looks like a jet fighter!!! No military base is shown as being in that location. Here’s a different pic: 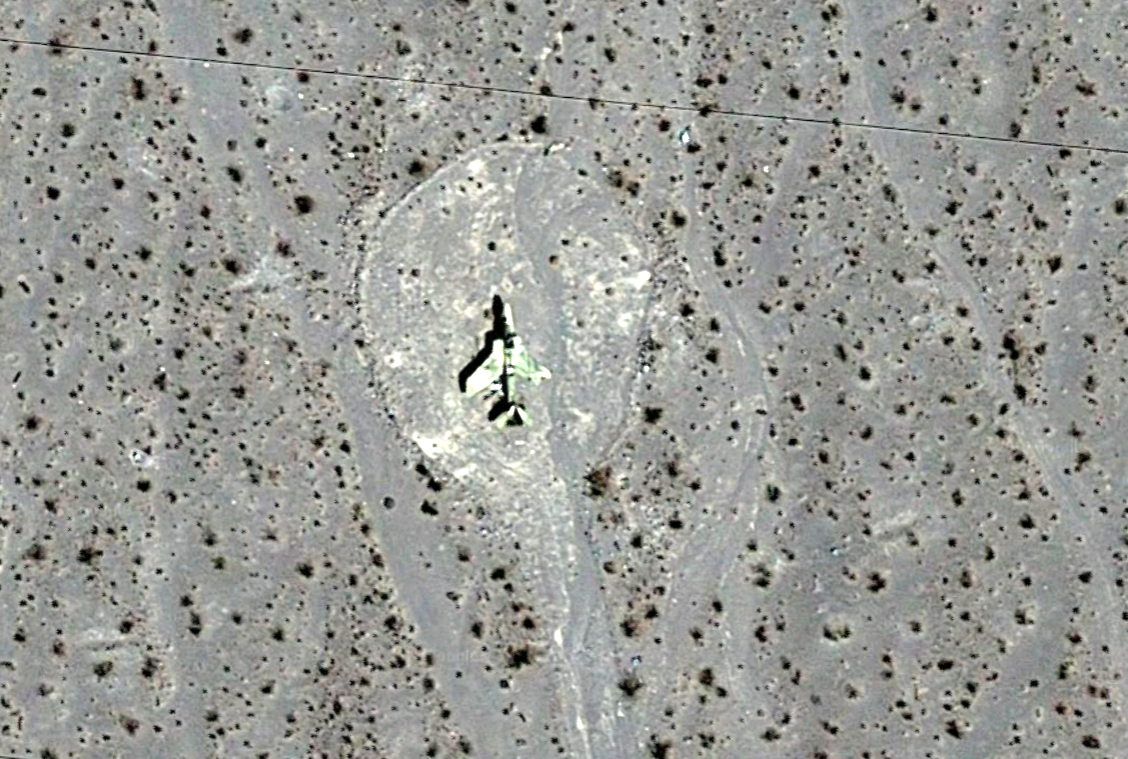 Another circular parking area with an occupant. What could possibly be going on here?

At one end of the main runway are what look akin to armored fighting vehicles. Maybe main-battle-tanks or similar vehicles. Guarding this base? Preparing for an assault upon the Los Angeles area to the west or Las Vegas to the east? Drug cartels ready to attack patriotic USA folks due to President Trump making it harder for those barbarians to flood the USA with drugs and illegal alien invaders that cost taxpayers BILLIONS of dollars yearly? Something else?

Not far away is the remote Barker Ranch where Charley and crew camped out for awhile. Much-visited by the four-wheel-drive folks who have left us ample pictures upon the Web of the place during its “glory days” the main house burned down a few years ago.

The mystery remains. Will the reason for those aircraft and vehicles ever be determined? Maybe WikiLeaks will provide an answer some decade.