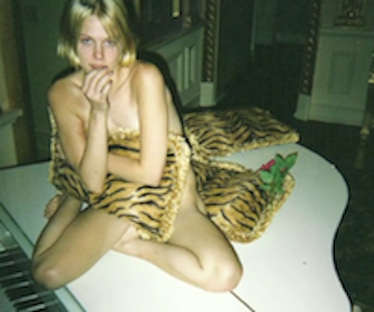 “More than 13 million Americans have tried LSD. US President John F. Kennedy himself engaged in LSD sessions with his lover Mary Pinchot with acid supplied by Timothy Leary. His brother, US Attorney General Robert F. Kennedy, was a vocal critic of the LSD ban; his wife, Ethel, was successfully treated for alcoholism in LSD sessions at Vancouver’s Hollywood Hospital, under the auspices of the International Association for Psychedelic Therapy, which claimed a success rate of 80%. Both brothers were assassinated; few know that Pinchot was also assassinated in her Washington apartment in 1964; her address book was never found.

This article addresses another kind of assassination, life sentences for LSD.”

Not your typical run-of-the-mill blog entry. I stumbled upon this Web page while seeking information about an unrelated topic. Apparently this is an accidental discovery that combines recent affairs with events occurring in the 1950s and later.

The lengthy article is complex and convoluted covering many aspects of several topics combined into one essay. I read most of it with a little skipping at some parts of the essay but I did grasp the general concepts being conveyed. I will peruse it at leisure later.

For those interested in USA history and social happenings and cultural affairs and the many other aspects of a society; cultures and sub-cultures and embedded systems of command and control used to restrain and constrain people’s actions within the USA as a whole this essay may be of interest.

For the record… despite having frown up in the San Francisco Bay Area and a teen when Owsley was creating his popular “acid” I and my cohort shunned the stuff due to fear of damaging the brain. We stuck to pot and low doses of the toxin alcohol. A popular mantra among was “Maintain, man.” “Maintain” was a word that encouraged self and others to avoid excesses and to not attract unwanted attention. Just being groovy!!! None of us were ever busted for the minor stuff we did and never had to run from police or folks in general who were mad at us. There were events with us Gringos being attacked by the Chicanos but that is a minor part of our experiences in that wild, wacky period.