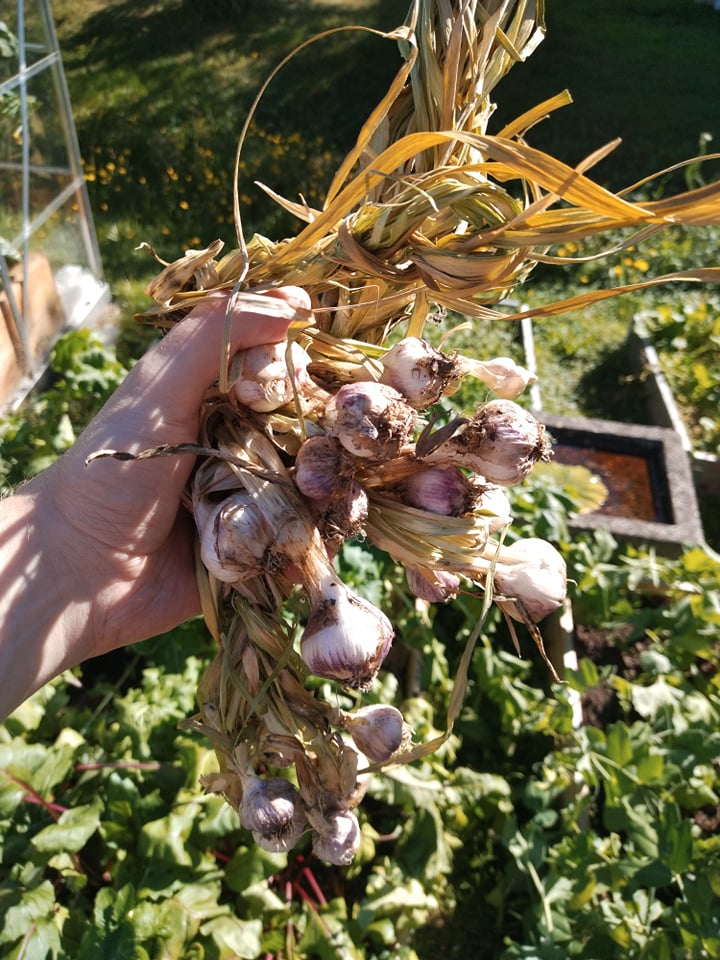 These are some of my garlics that ive harvested this year, not that large but the taste is wonderful and very intense, allthough small in size. I think honesty is important, that way we can learn something. These are grown in the far north of Sweden, we get -30c winters very often which can last from october (like last year) to march, so thats not a problem i think. Probably the issue here is i forgot to add fertilizer in the spring, hence the small size.

Responding to the thread-starter above at a message board infested with the Dregs of the Web I sat at my keyboard thinking of events several decades ago and started typing out in my slovenly manner some of the memories cascading through my decrepit fog-filled near-worn-out brain.

Memories are strange things as verified by ample research. I try to be accurate but my mental limitations are likely exceeding the norm for old codgers of my ilk. I can vouch that the stuff below is accurate with the generalities. Minor details of no real importance may not be accurate but as the Dregs in the ‘hood say; “No biggie.”

The climate and soil in the southern San Joaquin Valley was conducive to growing massive amounts of garlic. Corporate farms with thousands of acres and bountiful water provided by canals fed by rivers flowing from the Sierra Nevada Mountains to the east where the rainy/snowy season water was stored for future use resulted in ton after ton after ton of produce/product harvested until semi-trucks were needed to haul the bounty to the processing plants.

24-hour shifts with one-hour off for mechanical harvester maintenance was required to haul the harvest in. That was our crew. Situations varied with the many different crop-types harvested.

12-hour shifts were the norm though, at times, 15-hour shifts occurred when an operator was late due to car break down, etc. Employment law spits on the little folks. In agricultural jobs overtime pay does not occur until 60-hours in a 7-day period is reached. Outside agriculture, if you are an hourly employee overtime starts after 40-hours of work in a 7-day period is performed. I was being paid . . . “$13.00 in 1981 is equal to $39.24 in 2021” that much per hour due to the intricacies of the new inventions upon that experimental mechanical harvesting machine that harvested garlic and onions. Sure smelled good but as time went on the odor became less noticeable. I made enormous amounts of money for a blue-collar worker doing a bit of high-tech stuff adjusting the electronic control modules. I needed that summer job money to supplement the pittance the Vietnam-era GI Bill gave to college students. The GI Bill of the post-Vietnam era is a huge improvement. Oh well.

Tons and tons and tons of everything hauled out of the California central valleys. 24-hours a day the machines and people moved. Migrant workers following the crops doing anything and everything imaginable. Climbing ladders to pick fruit next to the orchard where a mechanical harvester grabs the tree trunk a few feet above where it erupts from the soil and hydraulic rams shake the shit out of the tree as the rubberized tarp that hydraulics send out to surround the tree capture the falling fruit that rolls down obeying gravity’s strict law to reach the rubber-coated conveyor belts that carry the fruit along both sides of the body of the 35-foot-long harvester where three migrant workers hang onto each side always aware of the need to duck when low-hanging branches are encountered while plucking out bad fruit, branches, birds nests and other debris before the fruit reaches the large wooden bin that holds a ton or more of fruit that once full is left on the ground for retrieval while the following small tractor deposits a new bin and retrieves the full one.

Other migrants work in packing plants where plastic bags are filled with soon-to-be-frozen foods and other plants fill metal cans and the warehouses hold a huge bounty that semi-trucks and trains carry across the USA and to seaports for shipment overseas.

The almond industry sends its highest-quality product to Japan where top dollar is received. USA citizens typically get the rejects, though the quality is acceptable. This is true with other produce and fruits, also. The finest of the fine flies across the sea in luxury. Hardier fare not harmed by time travels the slow route in containers. Some of those containers have onboard refrigeration to preserve quality.

Folks, it is an impressive sight when the harvests of the many produce-types hits the area. The organization and use of mechanical-electrical-hydraulic-electronic devices and basic back-leg-arm power of the laborers sets Western folks apart from the sub-human savages of sub-Saharan Africa. Brown and White skin was the norm with a few Asiatics present. Harmony was the norm with the violence typically occurring away from job sites. Bars and cantinas with the evil influence of the toxin alcohol too-often led to negative outcomes. Once at work I can not remember any negative happenings. Knowing reality I have always shunned places where the alcohol swilling was the main reason for being there.

I worked with United Farm Workers folks and supported their worthwhile cause. Big money, corporations and the elite class and their lackeys spit upon the common folks. I did well but consider that the job was but a couple months long. If it was a year-long perpetual job I would have been a salaried employee where over-time pay does not come into play. Also, there were no benefits such as health care, pension, etc. The only benefit of substance was worker’s compensation if injured or maimed on the job but that “benefit” was fraught with corporate fuckery trying to deny pay-out to the injured.

If wealthy and retired or otherwise idle consider buying or renting a luxurious RV and travel California’s Sacramento, Salinas, San Joaquin Valleys and watch the immensity of the affairs. Start in the Imperial Valley where the city of El Centro is the hub. Without irrigation a desert is all it would be. The harvest is year-round in that sun-drenched locale abutting Mexico. I never worked in that area. Too damn hot!!! That is Socal; southern California. I was mainly NorCal. You figure it out. Bakerfield is often used as the spot where a line can be drawn east-to-west to divide NorCal from SoCal. NorCal rules.

Nortenos are the northern Chicano street gangs and Sorenos are in southern California but their turf battles occur everywhere with the Mexican Mafia that is entrenched within the California prisons and penal system in general controls, to and extent, all the Chicano street gangs, Diversity and multiculturalism is a beautiful thing. Gag,

The harvest can be followed north all the way until polar bears may be a threat. Stop when you stop seeing the semi-trucks pulling trailers not typically seen until a harvest is occurring. You will easily detect the odd trailers. Follow the empties to the field and the full to the plants or firms or packing sheds or receiving stations or whatever. The pay at the almond receiving station where I worked the next year’s harvest was less than piloting a mechanical harvester but I got to eat all the almonds I wanted!!!! 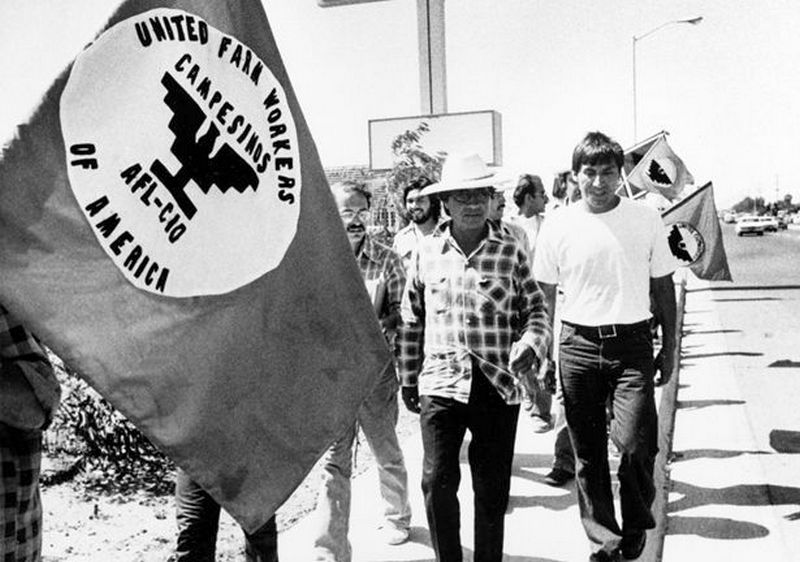 If curious the Web will reveal the trials and tribulations of the folks of critical importance ensuring the food needed for survival reached the American people . . . even those at the top of the socioeconomic hierarchy and their well-paid lackeys serving their elite class masters. When the lowest classes clamor for more than a pittance of a portion of the wealth their labors create the elites and their lackeys often present a united front backed by a corrupt legal system manipulated by highly-trained, skilled lawyers and friendly-to-elites prosecutors and judges to keep the “peons” and “peasants” and “serfs” in the place the overlords deem they deserve. 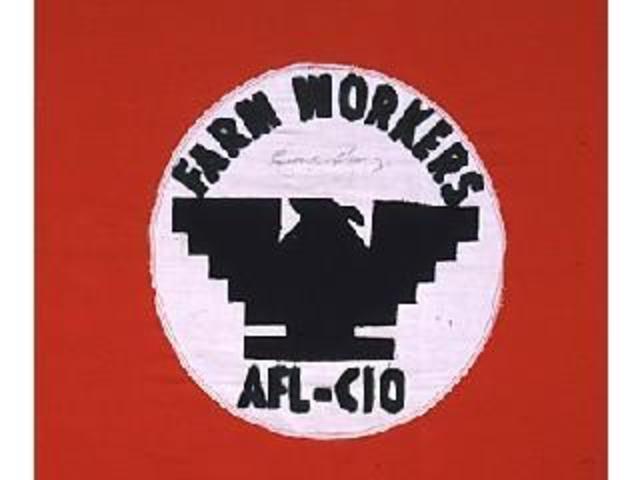 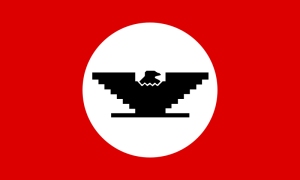